Getting Inspired by Nature 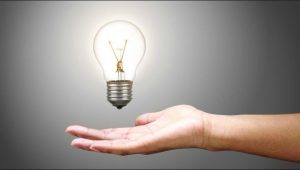 Nature is a great problem-solver and can inspire us to create all new solutions, if we’re open to learn from nature.

Shakespeare’s Hamlet said, “There are more things in heaven and earth, Horatio, than are dreamt of in your philosophy.” Some say Hamlet was pointing out how little even the most educated people can explain and the limitations of human thought.

True…nature often knows more than me. Nature has solved problems I would not even imagine existed and done so ways I had not imagined. So, I often look to nature when I have a problem and ask, “who else has solved this problem?” (per article “If 2 Heads are Better than One”)

There are numerous examples of this over time. For example, George de Mistral was hunting with his dog. Cockleburs entangled in his dog’s hair and inspired him to create Velcro®. More recently, many have studied how the Gecko is able to walk up smooth vertical surfaces. I could go on and on.

Many people call this “biomimicry”. That’s OK. While I don’t like to quibble with names, many (including me) prefer to call it “bioinspiration”. Why is the distinction important?

“Biomimicry” implies the goal is to copy nature. The term “bioinspiration” implies we should learn from and be inspired by nature. Why is that important? Often, it’s quite hard to copy precisely what nature does, and it’s often not necessary. Re-applying nature’s “magic” is the key.

For example, de Mistral saw the real “magic” of the cocklebur was having shafts protrude from a surface and a tip with small features pointing back down to the surface. The shaft allowed the tip to penetrate deep into the dog’s hair. The tip or head would snag on a hair making removal more difficult. The shaft and head form a hook. Each individual connection is weak, but each cocklebur has many hooks on the surface. A multitude of weak connections makes a very strong overall connection. Also, the cocklebur’s hooks extend in various directions. This improves the probability of a hook finding and connecting to a hair.

In applying the insights to make a new fastener, de Mistral choose to have a multitude of hooks across a surface which can engage into a fibrous component (loops). That’s where the similarity ends. de Mistral’s heads are a very different shape than found in nature, as are the hook’s size & material type. And, de Mistral’s hooks were all oriented in the same direction. De Mistral’s “loops” were also actually loops of thread stitched through a base – not fibers extending from a base, as dog hairs do.

Net, de Mistral did not copy nature. He learned from it, became inspired, and used the concept to make a useful (and breakthrough) new product.

Importantly, nature uses some solutions more than others. When I look at a huge variety of species (of both plants and animals) themes of how the problem was solved become evident. Not just one, but several themes.

For example, nature commonly uses many weak connections to form an overall strong connection. The cocklebur and Gecko do, as do many climbing vines and other species. The specific mechanisms (how the actual connection is made) may vary. The Gecko uses van Der Waals forces, while cockleburs use entanglement. But each fits the theme. Nature uses other themes and mechanisms for making connections including single, very strong connections, and using detachable layers, suction, adhesion, and more. The themes can be more inspiring than any single execution.

Typically, I find 1 or 2 themes are more predominantly used than others. As is often said, only the strong survive – there’s a reason nature uses certain themes more than others. That’s a good indicator that I should look to be inspired by this theme to solve my problem. 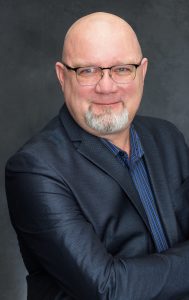